SAST in your SDLC for Cloud-Native Apps 2

Unlike the previous post, this post will implement a Jenkins Pipeline for a Full Stack Cloud-Native Application. That means the Jenkins Pipeline will include new Jenkins stages to statically analyze the Python, Golang and YAML code, in addition to the already analyzed Infrastructure as Code (Terraform, Kubernetes, Ansible, CloudFormation, Dockerfiles, etc).
This post will also explain how to consolidate all vulnerabilities/issues/bugs found and reports generated by all SAST Tools and Linters used in the CI/CD Pipeline.

In this Jenkins Pipeline I am going to use the following SAST Tools/Linters:

If you want to add more Linters because you added Java and NodeJS code, then you can find other linters in this list: Security along the SDLC for Cloud-Native Apps.

Integrating SAST in the Jenkins Pipeline for a Full Stack Application

Now, let’s create a new Pipeline, then copy the content of simple-ec2/_scripts/sast-pipeline-full-stack.groovy into Jenkins as a new Pipeline from Jenkins UI.

Once the new Pipeline has been created, you should click over Build with Parameters and enter a Git repository URL to be scanned by all above Linters, even Kics.
Some example Git repositories:

Once the pipeline is running, you will see 4 new links in the Jenkins user interface sidebar, each of them being links to each Report that each SAST Tool or Linter has generated. 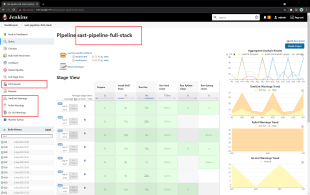 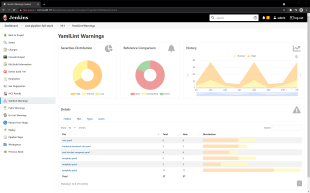 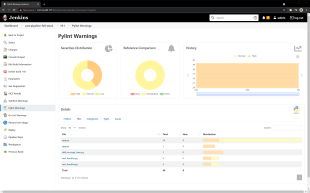 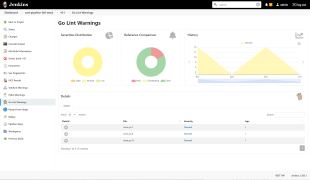 If you want to create this pipeline step by step, I recommend you follow this guide: https://github.com/chilcano/aws-cdk-examples/tree/main/simple-ec2