SAST in your SDLC for Cloud-Native Apps

SAST stands for “Static Application Security Testing” and it is used to identify vulnerabilities by reviewing the source code. The best point or place to implement this kind of Security Testing is in early stages of your CI/CD Pipeline (Shift-left Testing). But What if you are building a Cloud Native Applications wich includes new artifacts or building blocks as Docker and/or Cloud Resources, what should do now to use SAST tools and techniques?. In this post, I will explain how to setup Jenkins on AWS to run a Pipeline with a SAST stage and everything using AWS CDK.

Implement SAST in old-school or traditional Application was straight forward because you have to deal with a big block or a monolithic stack, but how to do the same with Cloud Native Applications?. The answer is using as many SAST tools as different types of code, artifacts or building blocks compose your stack.
For example, a standard Cloud Native Application stack is composed of:

Thus, for a satandard Cloud-Native Application, we are going to require 5 or less different SAST tools to review statically the code for each kind of code or artifact. Below I show a SAST tool list from which you can pick up any tool for convenience or based on your requirements.

I’m going to list only a few SAST tools, but if you want to browse the full list, even DAST, IAST or RASP tools, you can check out my post about Security along the SDLC for Cloud-Native Apps.

Designing the CI/CD Pipeline with a SAST stage

In this point we have a Cloud-Native Application that requires be statically scanned for security vulnerabilities, now is time to design and get ready our CI/CD Tooling. In order to embed the SAST process in your CI/CD pipeline, you will need at least 3 things:

Implementing the CI/CD Pipeline with a SAST stage

I’ve created a Github repository with a CDK Project that automate the creation of AWS EC2 instance, with bash scripts to automate the installation of Jenkins and default plugins and a Jenkins Pipeline that includes SAST stages in the CI/CD process.

Further details can be found in the Chilcano/AWS-CDK-Examples GitHub repository. 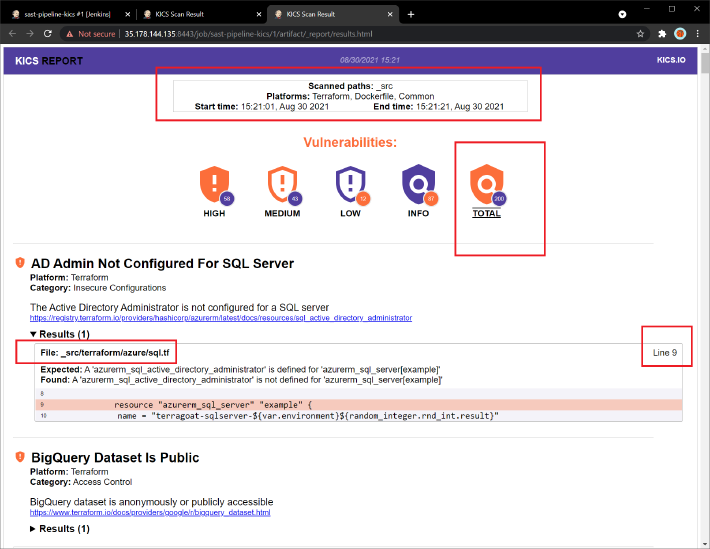