If you’re going to work 100% remotely or are just tired of carrying a heavy laptop while commuting, why not spin up a DevOps Desktop PC in a public cloud and work from anywhere you want? So, if you like the idea, this post for you. In this post I’ll explain you how to build your own Remote DevOps Desktop on AWS and configure your thinner Local PC to connect to remote one.

This article uses Terraform to provision a cheap AWS EC2 Spot instance. The approximate cost will be less of 10 euros/month for a m1.small instance located in us-east-1 region. Also I’ll share the Github repository with all Terraform scripts where you will be able to change the configuration.

You have to clone the Affordable Remote DevOps Desktop and run through all steps explained there. Next a compacted list of commands:

After a few minutes, you will be able to connect to your remote DevOps Desktop through SSH.

In the moment of writting this post, the software base and tools installed are:

The answer is simple, XFCE4 is a lightweight Linux Desktop Environment and works flawlessly so far with X2Go. X2Go is a X-windows remote access software that has clients for Windows, Mac, and Linux and provides the best performance compared to X11 - X Window System, VNC and XRDP (X-windows version of the Windows Remote Desktop Protocol).

Connecting to the remote DevOps Desktop

Below some screenshots if you want to know how looks like in Ubuntu 19.10 and if you want configure your X2Go Client. Before lets get the FQDN of your EC2 instance. 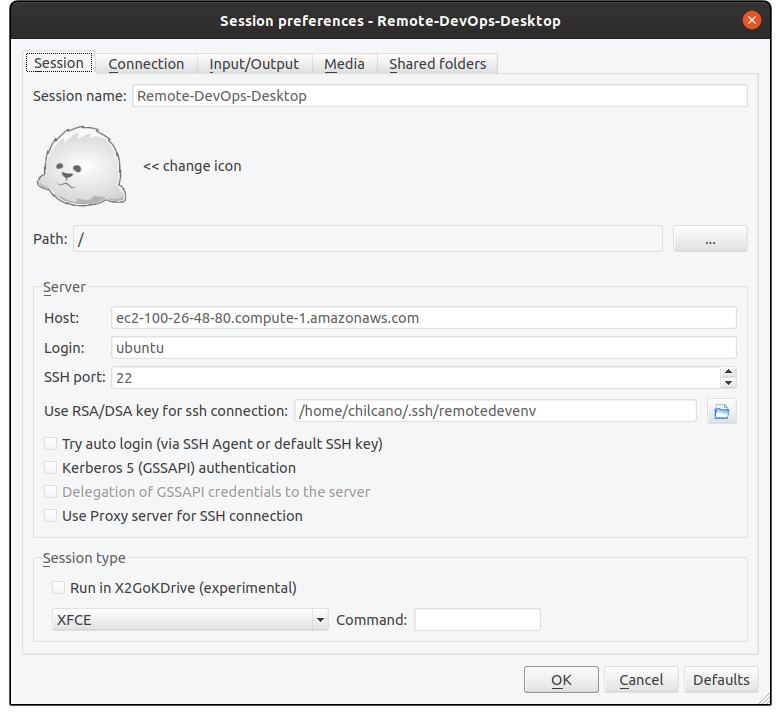 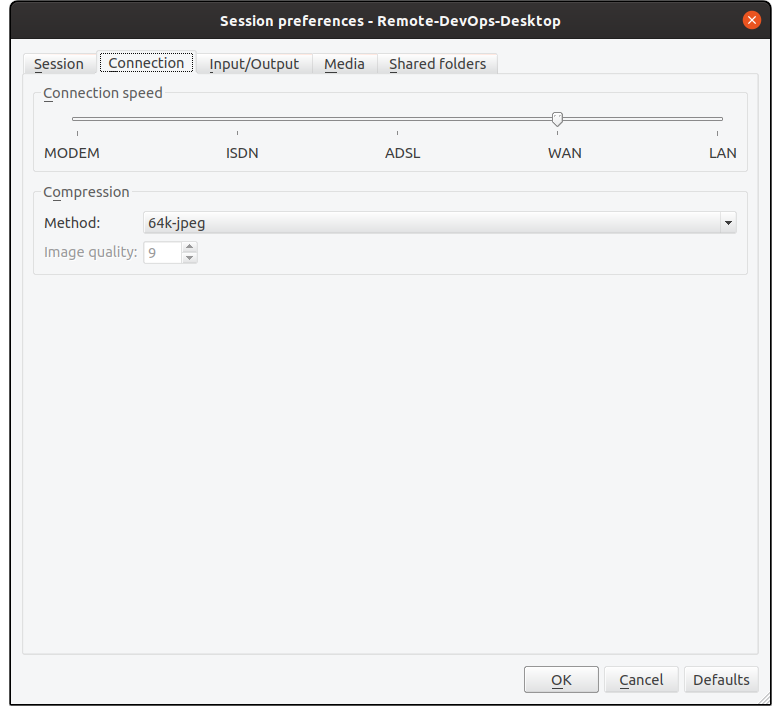 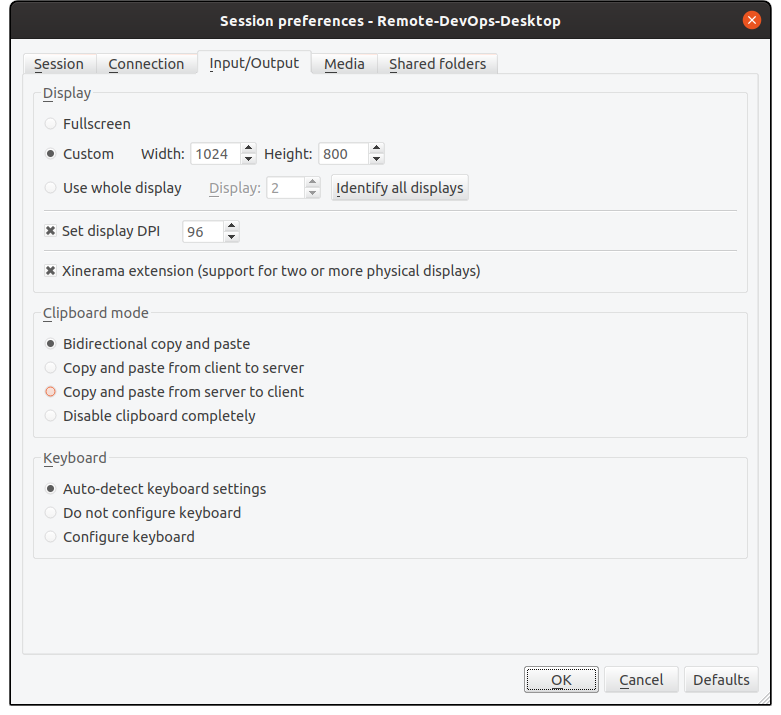 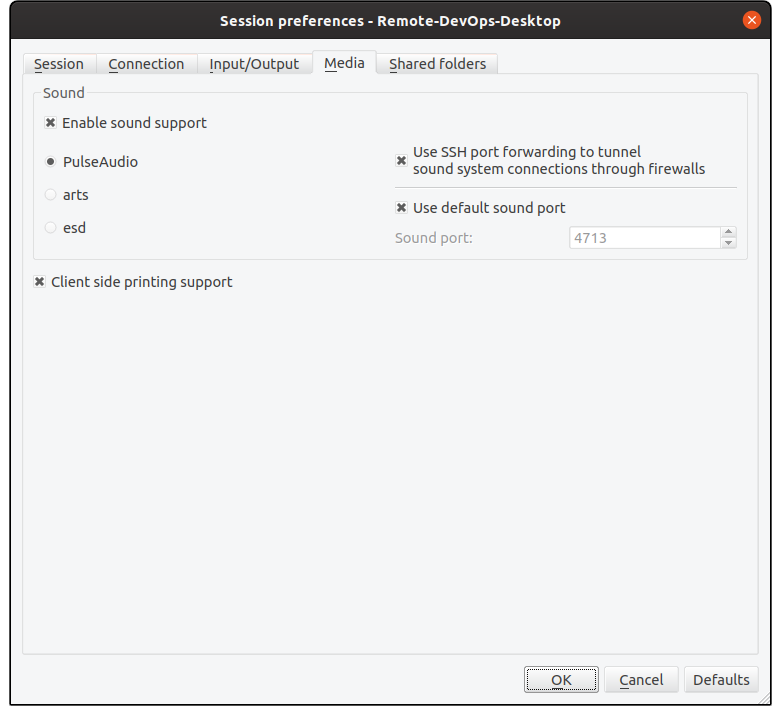 And finally here below the Remote DevOps Desktop. 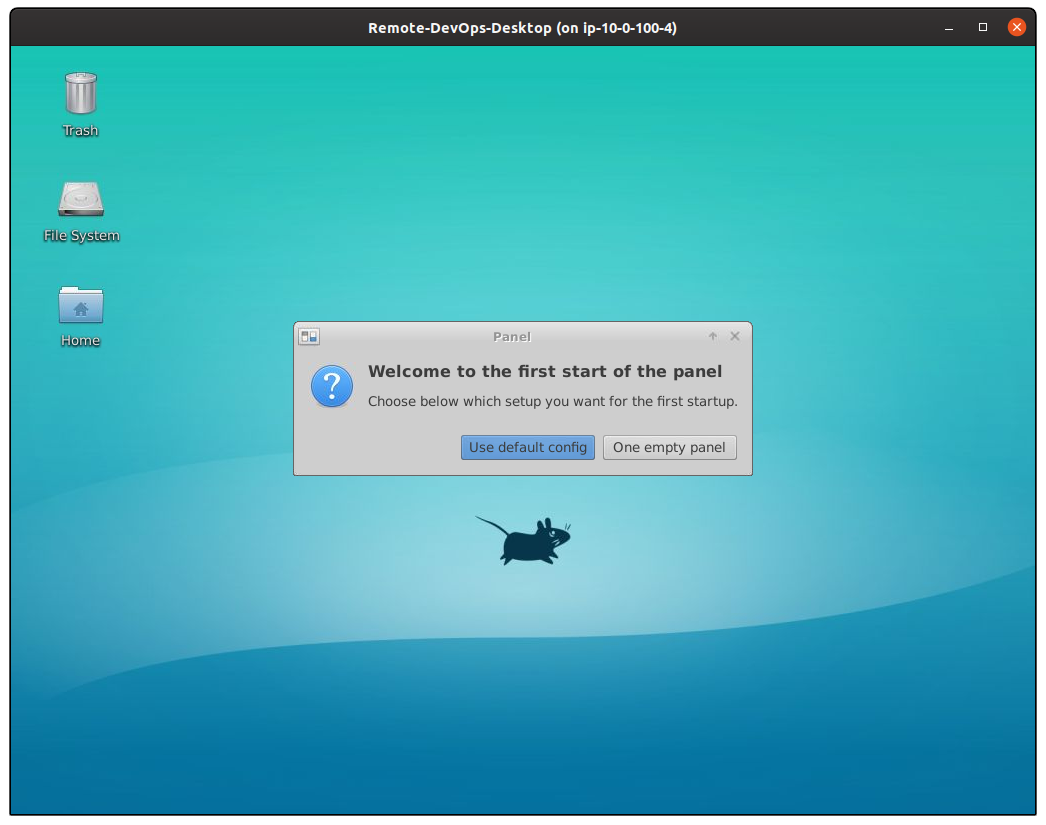 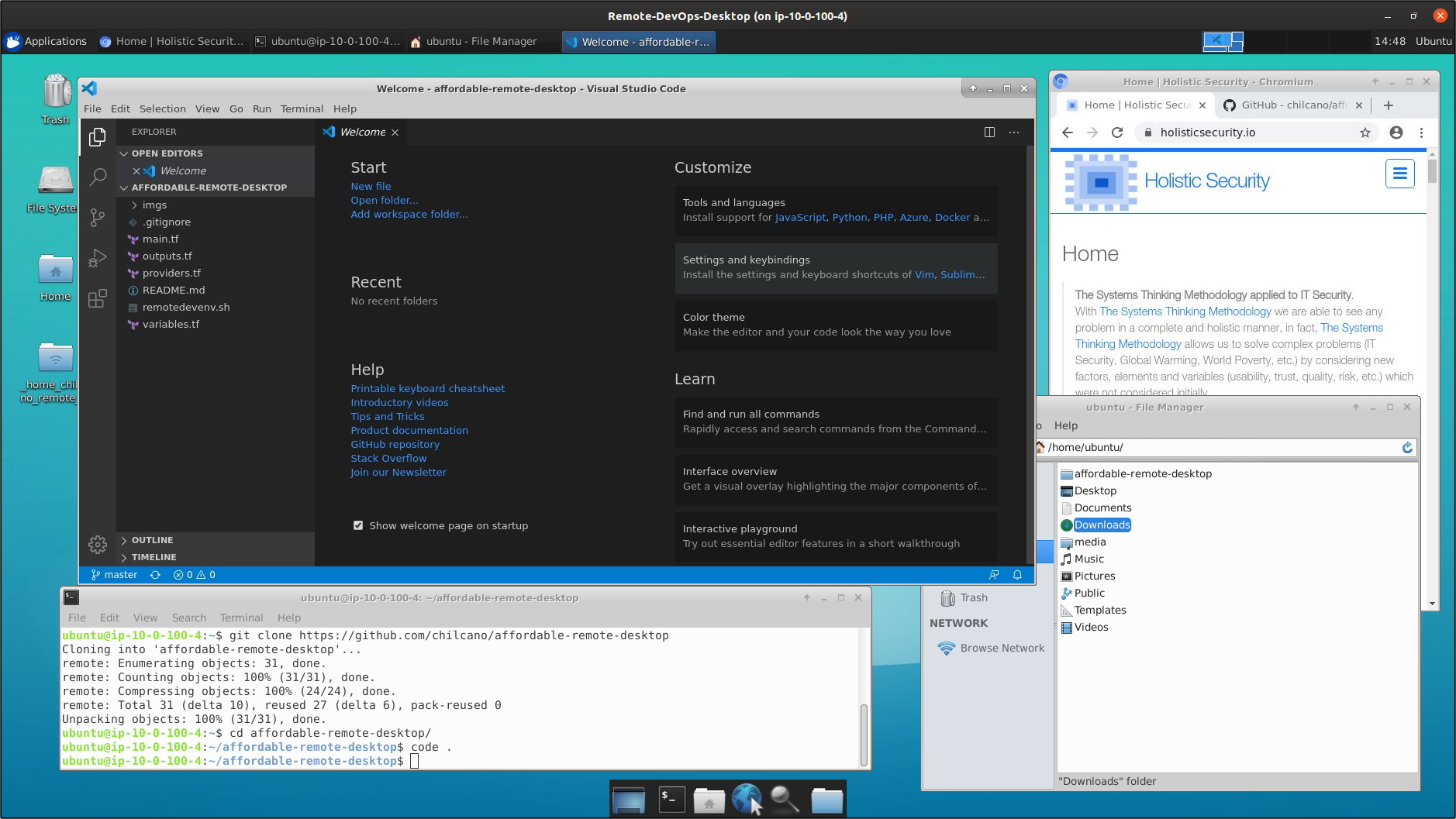 And here the configuration of a great feature: Sharing files between local and remote instance over SSH using X2Go Client. 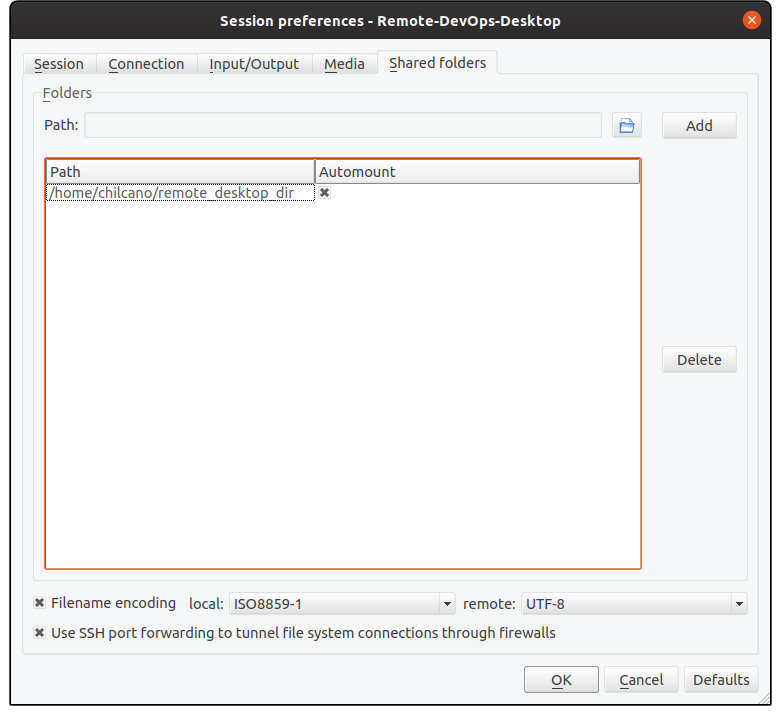 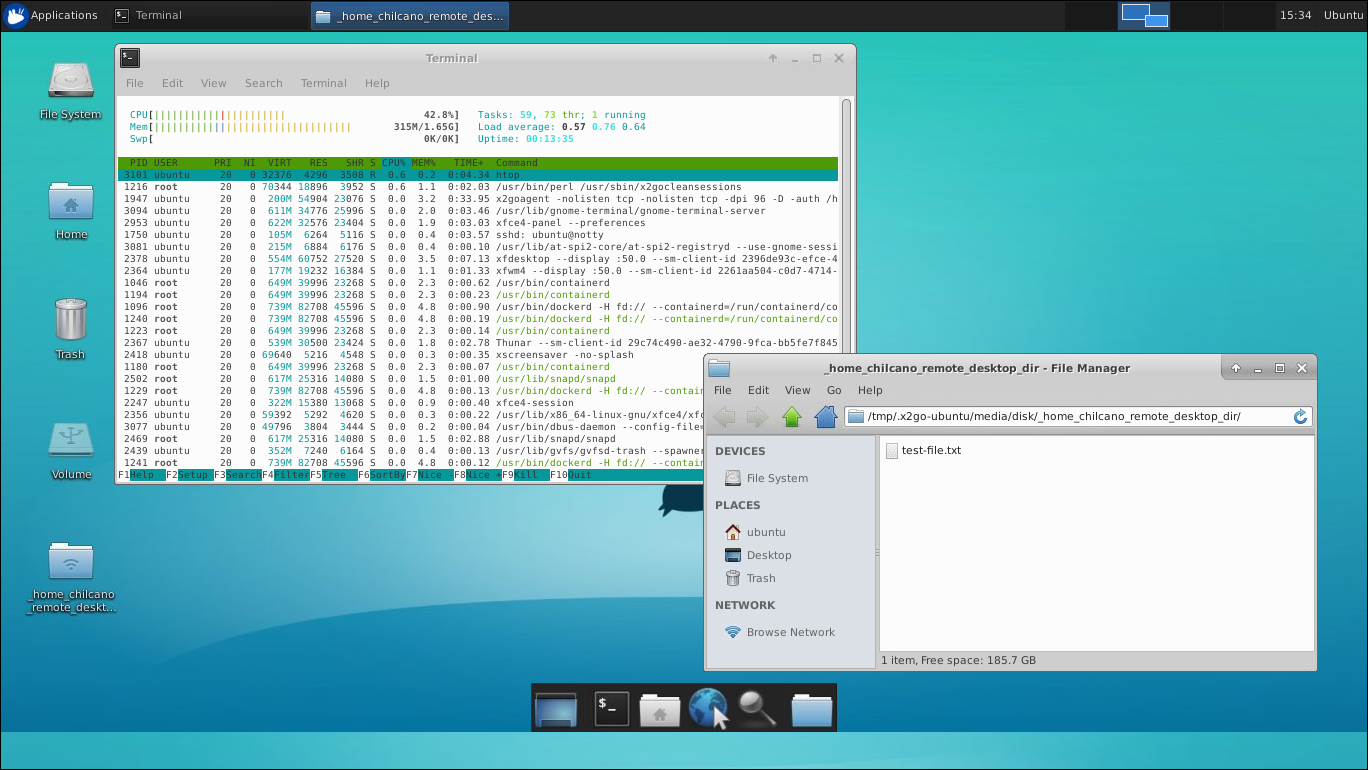